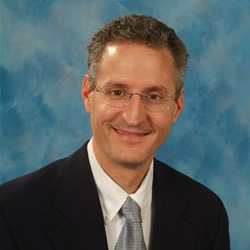 Dr. Guy Angella M.D. is a board certified ophthalmologist and also has additional fellowship training in glaucoma. He performs modern cataract surgery including the use of techniques to reduce dependence on eyeglasses after surgery. This includes the use of small incisions, non-invasive anesthesia, surgical astigmatism correction, astigmatism correcting lens implants, and multifocal lens implants to reduce the need for reading glasses. In addition, his practice also focuses on the treatment of glaucoma, which affects a large part of the middle age and elderly population.

Dr. Angella wanted to add to his education by exposing himself to the field of medicine as it is practiced in other countries around the world. Therefore, he added a year to his training, during which he worked in hospitals, clinics, and operating rooms in Europe, the Middle East, and Africa. He had the opportunity to train in Cardiology at the Brompton Heart and Lung Institute in London, Ophthalmology at Shaare Zedek Hospital in Jerusalem, and Internal Medicine and Surgery at rural hospitals in Zimbabwe.

In 1999, Dr. Angella completed his ophthalmology residency at the University of Florida and then undertook an additional year of fellowship training in glaucoma at the same institution. He also completed extensive research during this time, including participation in studies to develop glaucoma medications for both Pharmacia and Allergan Pharmaceuticals. His goal was to return to South Florida to practice near his numerous immediate and extended family members. He had previously been a patient at Eye Surgery Associates as a teenager and was very happy to join the practice as a physician in 2000.

Dr. Angella is married to Faren Angella M.D., a cardiologist, and they have a son Joseph, who was born in 2001. Most of his time out of the office is spent with his family, coaching and watching kid’s sports, cooking, and playing guitar.